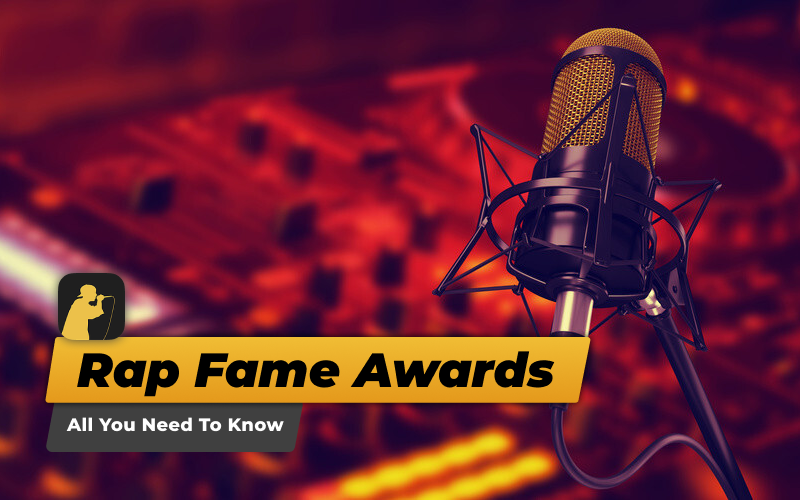 We take a look at one of our prized possessions – the Rap Fame Awards – touching on its history, how it works, and how to get involved!!

Remember: there’s an Award for all of you, so keep dropping hot tracks!

Rap Fame is a huge community of people with an interest in hip hop music – the most popular music genre in the world today 🗺.

To keep things entertaining, we believe it’s important to reward people for their efforts and recognise some of the hot talent around.

That’s why we run the Rap Fame Awards!!

Starting back in 2017, these were our first ever annual awards.

The awards are designed to show off the best work of our members.

There are lots of different categories – this helps as many people as possible shine and get their work out there!

Who Are They For?!

In short, Rap Fame Awards are for everyone!!

But to help organise things, there are different categories that each have their own award.

This means we get to award more people than if there were just one big award! 🏆

Here are all our current categories in the English-speaking region:

We’ve got an award for all of you!

A Rookie is anyone who registered on the app this year.  The idea is to make sure we give opportunities to people at the start of their rap journey.

On the other hand, a Legend is anyone who has been on the app for a few years or more!  It’s important to celebrate our veterans, who have put in time and work 👋.

We even have a category to really bring out your creative juices – Video!.  Everyone loves a music video, so show off your artistic vision!

Our categories vary between these regions depending on the needs of each region.

How Do They Work?!

What would an award be without Rules and Prizes…??

But, there’s no need to make things complicated!  So our rules (or rule) can be summarised in just one neat sentence:

VOTE FOR THE NOMINEES PICKED UP BY OUR EDITORIAL BOARD

So basically, all you need to do is vote!

You don’t have to do anything to be considered for the awards, everyone is considered!

We go through all of the material you upload to the app.

From this material, our moderators and editors pick out

Then the submissions that are approved are split into the Award categories and we create unique covers for each track!

So to be clear, you don’t have to enter the Awards, or submit your tracks, or anything like that, we’ll pick you out!

Make sure to stay active in the community and keep dropping great tracks!

Is this the bit you were waiting for??

The winner in each category gets:

Plus, you may be featured in all sorts of Rap Fame content, such as videos and playlists, and be up on our app or YouTube!

And we’ll give you a good answer…

… go to the Discovery tab on Rap Fame by pressing the magnifying glass 🔍 at the bottom of your screen.

There you can either swipe until you see a Rap Fame Awards image or you can press “See All” for a bigger view.

Once you’ve clicked on the Rap Fame Awards image, you’ll have a selection of submitted tracks to choose from and vote for (there are no active Awards right now, but stay tuned…).

Your submissions are what make the awards, and Rap Fame itself, what they are, so keep dropping hot tracks and raise your chances of being nominated for an Award!

Remember, we have a category for everyone, so just do your thing and we’ll take care of the rest!

There is so much talent out there in the Rap Fame community – we can’t wait to see what you bring 🔥.

To see the results of last year’s awards, go to the Discovery tab, scroll through the “Editor’s Playlists” section, and click on the “Rap Fame Awards 2020” icon.

This will take you to last year’s winning and nominated tracks, which have now collected over 148 thousand plays!!

Get dropping tracks and good luck!! 🏆

Keep up with us here at Rap Fame’s new blog!  We do tutorials, feature some of our amazing users and their tracks, and cover news from the hip hop world.  Drop us a comment below!